Whether a student is sitting an exam or not, Music Waves teachers should be trying to interweave singing and clapping in gradual amounts into each lesson as this develops your students’ aural skills at a sub-conscious level.

Below are examples of aural tests that the AMEB provides as a guideline to what to expect in an examination.

A good way to prepare for some of these exercises, even before a preliminary level, is to try clapping along to the rhythm of some of your pieces. The following resources are great for Beginners books 1-3. If you can follow along with some basic rhythm exercises such as those below, you are on the right track: 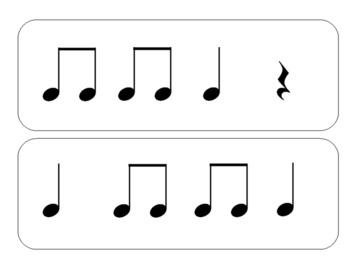 Intervals are another important part of aural and can be learned at any level. The term interval means the difference in pitch (how high or low a note is) between two notes. Here is a quick guide to intervals. They are named using numbers that represent the distance between notes.

SECOND- a second has no physical gap between notes. They are neighbours. These notes clash with each other and do not sound very nice when played at the same time.

THIRD- a third has one note in between.  Counting from the first note to the last note you should be able to count three notes. These notes harmonise well with each other.

FOURTH-a fourth has two notes in between. If you play the lower note and then the higher note of a fourth, it should sound like the start of the Australian national anthem.

FIFTH- a fifth includes notes 1 and notes 5 of any scale.

SIXTH- a sixth includes the first and sixth notes of the scale.

Think of… The main melody of The Entertainer

SEVENTH- a seventh includes the first and seventh notes of the scale. When these notes are played at the same time the clash with each other.

OCTAVE- an octave is the distance from one the starting note to the next note of the same name i.e from middle C to high C.

Think of… Somewhere Over the Rainbow